It’s been three months since I underwent an operation to have two titanium plates inserted into my left forearm. I’ve recovered so well that most of my friends and colleagues have almost forgotten that I broke my arm until they see the scars. And even then, they’re surprised at how well my scars have healed.

I’ve never heard of scar management until my physiotherapist told me about it after I had my stitches removed two weeks after the operation. I must admit I wasn’t sold on the idea immediately, thinking my physio was doing a sales pitch so he could make extra consultation fees off me.

It took me less than 24 hours to realise I do need that scar management consult. I woke up the next morning with a sore and stiff left arm which could only be relieved by applying adhesive heat packs. The tissue surrounding my scars felt hard and inflexible, and this sensation didn’t improve over time. After doing some research online, I picked up the phone and made an appointment to see my physio that Saturday.

My physio gave me the following scar management advice during our appointment:

Apply heat on the scars

He suggested placing a hot water bottle that wraps around my forearm for 10 to 15 minutes, making sure there was a layer of clothing between the hot water bottle and my arm, so I don’t burn my skin.

He prescribed three different types of massages to soften the scar tissue and release the tension in my left forearm:

Living on my own, I’ve only been able to do the first two massages everyday since the consult, but they’ve provided much relief to the scars along my left forearm, particularly in the cold winter months.

My colleague recommended that I use Dermatix Silicone gel to reduce the appearance of my scars. I apply tiny amounts of the gel to my scars twice a day after massaging them. Here’s a video showing how my scars have healed over the last three months: 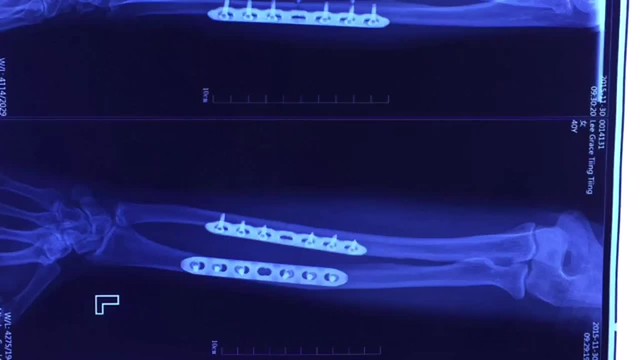 To date, I’m quite happy with how my scars have lightened in colour and texture. People who saw my scars a month ago were surprised when I told them how recent my operation was. Apparently Dermatix works best on recent scars but will reduce the appearance of old scars as well, just to a lesser extent.